WALES is part of the United Kingdom. As such, it receives BBC transmissions by relay from London. 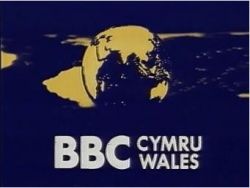 However, from time to time the network's regional output station BBC Cymru altered its TV schedules to make way for regional programming; Doctor Who was sometimes shifted to a different timeslot, delayed by a few days, or dropped entirely:

S4C is a Welsh-language station, also broadcasting programmes in English (often but not always with subtitles). Much of the un-dubbed/un-subbed English-only content was the simultaneous or deferred transmission of programmes from the UK station Channel 4. When C4 aired the two Peter Cushing Dalek movies in widescreen several times between 1994 and 1999, they were seen on S4C on a deferred basis two weeks later.

Wales in Doctor Who

The following stories were either filmed and/or set in Wales:

Some of the Welsh-born actors / crew who have worked on the series are: