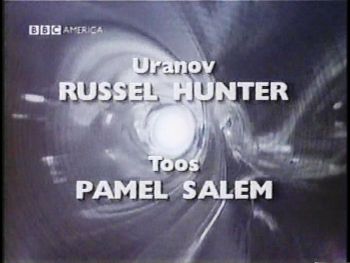 BBC America co-funded the animated reconstructions of lost episodes that were released on DVD and Blu-ray; but these were made with colour and/or widescreen variants specifically so they could be broadcast by the station.

In early 2022 BBC America pulled out of its special projects co-funding partnership with the BBC UK which put on hold all future animated reconstructions of lost stories.

In late October 2022 it was announced that the exclusive worldwide distribution rights to the series had been acquired by Disney+. From November 2023, the entertainment giant's streaming service will be the only platform on which to view all future New Series episodes outside the UK. Whether BBC America retains the ability to show older episodes is as yet unknown...