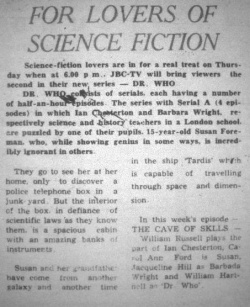 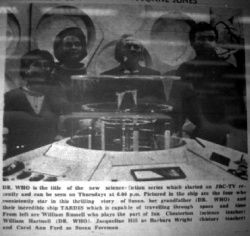 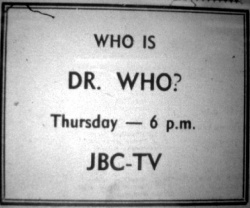 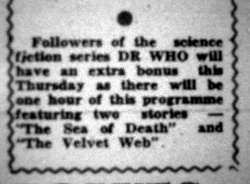 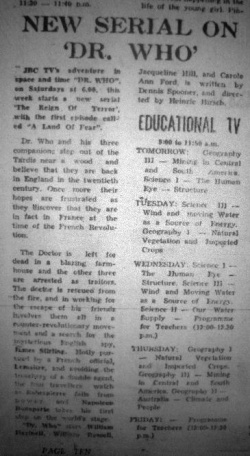 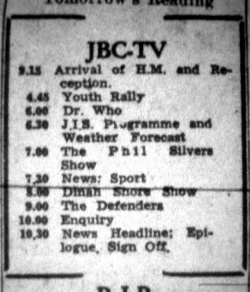 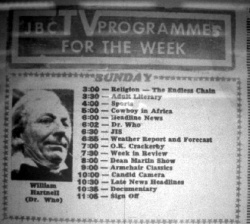 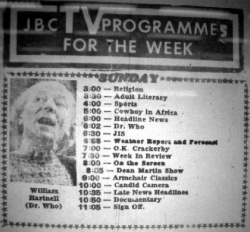 Trinidad & Tobago and Bermuda are two other Caribbean nations that screened the series only a matter of months earlier than Jamaica; all three countries were serviced by the programme distributor Television International Enterprises Limited (see WRTH), so it’s more than likely that Jamaica was sent the same set of prints that had been used in one or both of those countries.

The series commenced 3 March 1966, and screened weekly on Thursdays at 6.00pm.

There is no clear record that Jamaica screened Doctor Who again. (Surprisingly, it does not appear to have been one of the nine Caribbean countries that purchased the series in July 1985 – see Caribbean Sales.)

The next Caribbean country to air Doctor Who was Barbados, from April 1966. Since both countries were serviced by the programme distributor Television International Enterprises Limited (see WRTH), it is likely that Jamaica sent its prints of the 1966-1967 run of Hartnell stories to Barbados.