There is just one television station: Voice of Kenya Television (VOK) (as it was known when launched in October 1962, before being renamed Kenya Broadcasting Corporation in 1969), a government-owned commercial broadcaster based in Nairobi. The station was created with the assistance of TIE Ltd. 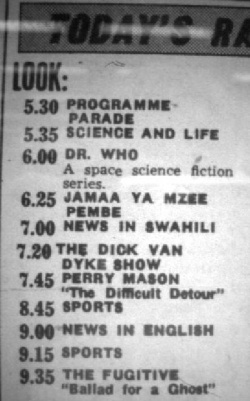 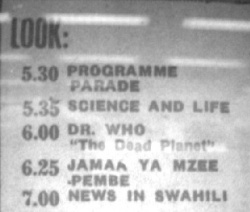 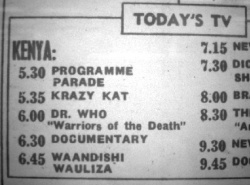 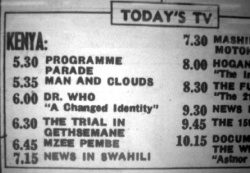 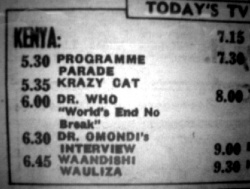 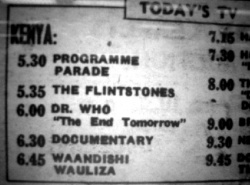 Kenya was served by the programme distributor Television International Enterprises Limited / TIE (Programmes) Ltd. The previous TIE Ltd client to screen the same set of 53 episodes was Aden, however it is likely that Aden's films were sent to Trinidad. Being the first East African country in TIE Ltd's network, the station may have acquired its own set of prints.

Alternatively, and probably the more likely, the films were sent over from Nigeria.

Kenya was the last continental African country to air this batch of 53 episodes. Its prints may have been sent back to TIE Ltd, returned to the BBC, or disposed of by other means., or perhaps sent to Mauritius, which was the next TIE Ltd country to screen the series, starting in October 1966.