An Interview With... was a series of specials produced by KTEH Channel 54 in San Jose, California, between 1983 and 1987. The hosts/interviewers were Richard Nardine, George Sampson and Terry Phillips. Each interview (usually conducted when the interviewee was in San Jose for the annual Timecon event) was aired several times by the channel through until the early 2000s. The interviews also aired on several other stations, such as WCNY in Syracuse, New York.

In 2003, the Patrick Troughton, Jon Pertwee and Tom Baker interviews were released together on a limited-edition DVD (only 250 were pressed) titled "Whos Talking"; this was a special 'Pledge Premium' issued to help raise funds for KTEH's ongoing SF programming. 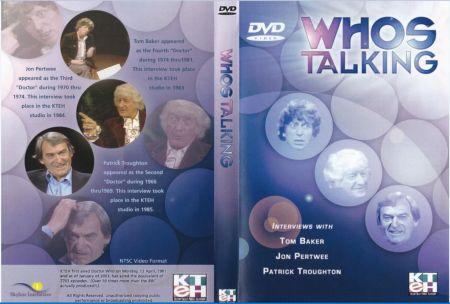