Difference between revisions of "Turkey"

The principal language of Turkey is Turkish. Imported foreign television programmes were dubbed.

DOCTOR WHO IN TURKEY (DOKTOR WHO / DR KIM)

Turkey is (we estimate) the 63rd country to screen Doctor Who (see Selling Doctor Who.) 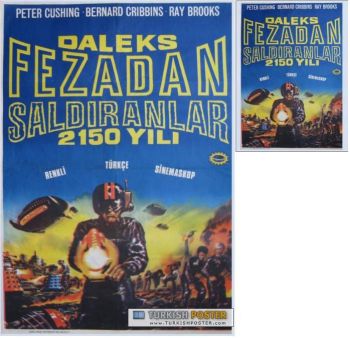 The second of the two Peter Cushing Dalek movies screened in Turkey from 16 December 1968 under the title "Daleks Fezadan Saldiranlar 2150 Yili".

Turkey is not named in any of our main BBC Records sources.

Just over a year later, someone who had seen and remembered Lee's article wrote to DWM (issue #52, cover dated May 1981), declaring: "Turkey has had the Doctor Who series for many years now but apparently the show goes out over there under the banner of "comedy"".

Given the 13 January 1980 publication date of Lee's item, any broadcasts in Turkey would have been by no later than 1979.

Colour broadcasts did not commence in Turkey until 1984, so any episodes of Doctor Who Lee claims to have occurred would have been in black and white.

BBC sales documentation (see DWM #445) indicates that Spearhead from Space, Doctor Who and the Silurians and The Ambassadors of Death were sold to Turkey by November 1977, but these sales were all subsequently "cancelled" two months later, in January 1978.

It's possible that the episodes referred to were therefore Tom Baker stories (after all, Tom Baker could be considered funny). But we have not been able to find any listings for the series from 1977 to 1981, which suggest the series did not screen. However, the newspapers for that period did often have a non-descript "Program for Children", which may have been Doctor Who…

Doctor Who did later screen in 1988; this places the sale over a year after the 1987 listing from The Eighties was compiled which is why Turkey is not recorded there.

Of course, given that he also claims that "Shada" is airing in the UK "on Saturday", Lee might have completely made up the claim that Doctor Who had aired in Turkey... 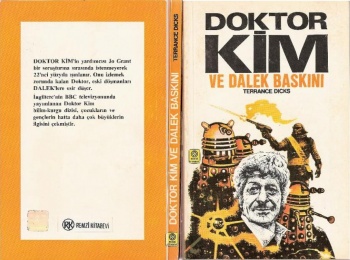 Publisher Remzi Kitabevi of Istanbul released seven of the early Hartnell, Troughton and Pertwee Target novelisations in 1975. They used the same artwork as that adorning the Target novels. These were released under the name "DOKTOR KIM":

Doktor Kim ve Dalek Baskini, as an example, has the following points of interest:

Generic TV listing from a 1970s newspaper showing "Program for Children" 19.05pm – could listings like this be for Doctor Who?

Turkey therefore bought the standard package of GROUP A Tom Baker stories. (Presumably Genesis of the Daleks was not part of the package due to the usual rights issues associated with the Daleks.)

The series would have been supplied as PAL colour video tapes with English soundtracks, that were later dubbed into Turkish.

If any episodes did air in the late 1970s (per the Observer and DWM), we have not been able to find any listings. Turkish newspapers have been checked for 1977 to 1981, but no direct billings for Doctor Who (or its Turkish equivalents) could be found.

TV listings often just had generic billings such as a half-hour "Program for Children", such as the example at right.

Four weeks later, from 9 July, the series shifted to Saturdays. The final episode aired on 17 September 1988. The newspaper actually accounts for 15 listings for the series; presumably one of the episodes, 30 June or 9 July was pre-empted.

Thirteen of the billed episodes aired at 7.35pm; two aired at the slightly earlier time of 7.30pm.

The series aired – as was usual for foreign broadcasters – in production order, as per the table above. The printed synopsis for the first story mentions a "robotu", the second featured "Santrallers", the third was set on a "satellite", and the fourth had "Saybirmenler" and "Vogans".

There is no clear record that Turkey screened Doctor Who again. 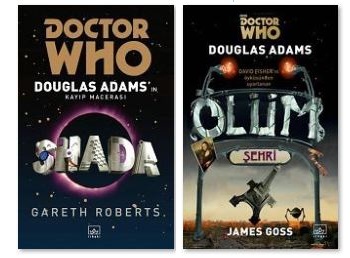 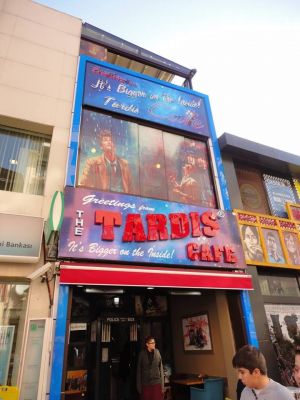 The TARDIS Café was a Doctor Who themed eatery which opened in Istanbul, Turkey in the early 2010s. Its address was Batı Mahallesi, Erol Kaya Caddesi, No 100, Pendik, İstanbul, Turkey.

The café closed in late 2019, and was replaced by a general food and drinks establishment.

Newspapers for 1977 to 1981 have been checked, and no listings for Doctor Who or its Turkish equivalent have been found, which possibly puts lie to the claim that the series played in Turkey as a "comedy" for "many years".

Some papers had generic "Program for Children" billings, which doesn't help!

The 1988 TV listings have come from Gazete Arsiv. (These are viewable online at GAZETE ARSIV. (It's free but you have to register to access the pages.)

The listings used several different ways of billing with "Dr Who", "Doktor Who" or "Dr Kim" used as the series title. ("Dr Kim" was also the title used for the 1975 Turkish novelisations – see above.)

Some of the Sunday editions also had full TV listings for the week, and these generally always contained full synopses (in Turkish) for the upcoming episodes, whereas the daily billings only sometimes had a plot description or nothing at all in the way of descriptive text.

The second and fourth episode billings are for "Gizli Silah", which translates as "Secret Weapon"; although this shares the same title as the novelisation of Colony in Space, this serial was definitely Robot rather than that 1971 Pertwee serial.

Apart from those two instances, no other episode titles were given, however it is possible to translate the synopses to determine what the story was.

For the 23 July episode, the synopsis contains the word "Santrallar", which translates as "power plants" (as in nuclear power plants), however this might simply be an attempt to find an equivalent for "Sontaran"!

For the final episode of the run, the synopsis contains the words "Saybirmenler, Voga'yi". For the novelisation of The Moonbase, "Cybermen" became "Sibermenler", whereas for this Revenge of the Cybermen listing they became "Saybirmenler".

We also accessed the English language paper, Turkish Daily News. While the dates - and time slots (mostly) - match those in the Gazete Arsiv, the News did not give any story titles and merely listed the episode by number – eg "Dr Who," serial, episode two", etc.

Like the Gazete the News lists episodes on the two dates where there must have been a pre-emption (30 June, 9 July), but more interestingly, it also has a billing for an episode on 24 September 1988, listed as "Doctor Who," serial episode, 16". Since the titles of 14 episodes have established, and there is no allowance for a fourth 4-parter, this 16th listing must have been a printing error on the part of the News rather than an indication that 16 episodes (and therefore four 4-parters) aired. (The Gazete lists a chess match as airing on that day in that slot.)

Turkey in Doctor Who