Difference between revisions of "Pluto TV" 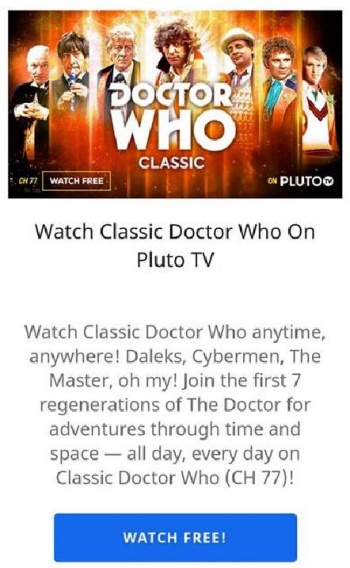 Doctor Who on Pluto TV Channel 77 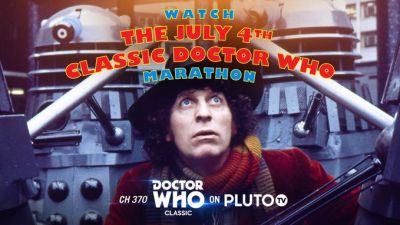 The free - but ad-supported - streaming service is currently only available in the United States.

Doctor Who on Pluto TV

In April 2019 it was announced that Pluto TV had acquired the rights to Doctor Who, with the service streaming a selection of over 200 episodes from the "Classic" series (the first seven Doctors only) - all for free on special "pop-up" channels (channels 77, 360, 370). (The episodes would air with 'closed-captioning / subtitles.)

In the initial press announcements, these were some of the stories that would be made available:

Since its launch, serials have been added to the selection on a random basis, with the menus displaying them in no particular order - for example, The Curse of Fenric was immediately followed by The Ark in Space.

The ones we know of so far are:

with more to air over the coming months.

At the end of August 2019, The Sun Makers was added to the menu, giving us the Doctor on Pluto on Pluto!