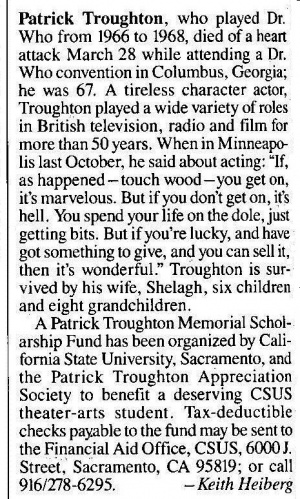 The Troughton series was sold in five "Groups" of stories.

Click on the story title to go to the list of countries where that serial was screened.

In early 1985, the BBC reissued the surviving five Troughton stories, mainly for the United States market, but with Australia and New Zealand initially picking up only The Mind Robber and The Krotons. Canada also later purchased this batch.