In the Gallifrey Guardian news page of DWM issue #147 (April 1989), a brief announcement with the heading "LAND OF THE RISING WHO" reported that "Overseas sales of Doctor Who received a boost in January when Season 24 was sold to Japan". In the caption, the Dalek is saying "殺", which is "Satsu", meaning "to kill". 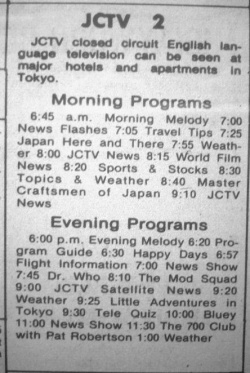 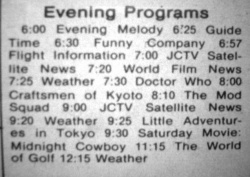