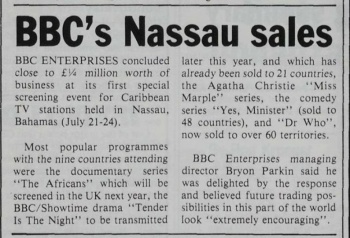 From the late 1990s, the US cable and satellite station BBC America was available in a number of Caribbean countries - including Bermuda, Barbados, the Bahamas, the Cayman Islands, Grenada, Bonaire, Curaçao, and Sint Maarten.