BBC KIDS was a Canadian digital cable network, launched in November 2001, specialising in programmes aimed at pre-schoolers to teenagers.

It was the final Canadian station to regularly show classic Doctor Who.

The station ceased operations at the end of December 2018.

In 2001, BBC Kids acquired the rights to classic Doctor Who, but initially just the Tom Baker stories. It added the Peter Davison stories from 2004. The Jon Pertwee stories (just the full colour or re-colourised ones), and the Colin Baker and Sylvester McCoy stories were later acquired in 2005.

There was an issue with rights to the Dalek stories, with the outcome that only the two Tom Baker Dalek stories could be shown.

In 2007, it became the only Canadian station to air The Sarah Jane Adventures. It later acquired repeat rights for the New Series, and from September 2012 aired the Australian-made spin-off, "K9" (news item here).

The classic series commenced on Monday, 5 November 2001 with Robot. To begin with, each episode was screened four times a day; they were edited slightly to allow for commercials. All the Baker stories were cycled through many times, but not always in story order.

After three years of Tom Baker on constant rotation, the fifth Doctor arrived on Tuesday, 17 February 2004. These stories also went into rotation (not always in order). None of the stories with Daleks - including The Five Doctors - was shown.

A selection of Jon Pertwee stories was added to the schedule from Saturday, 16 April 2005, initially airing on weekends. Only the full colour (or colourised) serials were shown; these screened in production order - i.e. The Sea Devils before The Curse of Peladon, and Carnival of Monsters before The Three Doctors. None of the Dalek stories aired.

The Colin Baker stories debuted on 9 October 2005 through to 12 November (with season 22 in its 25 minute edits), and the Sylvester McCoy era commenced on 13 November 2005, ending 18 December 2005, before going to recycle-mode. None of the Dalek stories was shown.

All these Doctors stories went through several repeats over the next five years, 2006 to 2010.

K9 and Company aired on 22 October 2006, deliberately scheduled to tie in with the screening of "School Reunion" on the CBC. While the New Series was screening, BBC Kids often scheduled themed "tie-ins" - such as a week of Cybermen stories as a lead-in to the new series 2-parter "Rise of the Cybermen / The Age of Steel".

The final classic series episode screened in late May 2010, mid-way through another rerun of the Peter Davison era. 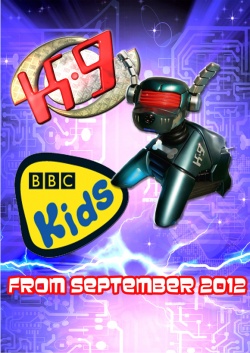 The links take you to This Week in Doctor Who, which has most of the TV schedules for Doctor Who on BBC Kids: