Classic era Doctor Who has screened in the following countries; these have been identified directly from official BBC Records, anecdotal evidence or other reliable sources: 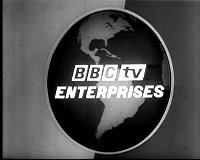 NOTE: Countries marked with X are still Under Construction, but will be added in the coming months.

Countries A to Z (with Airdates)

The following countries are those for which BBC Records clearly indicate the series was sold there, and airdates have been confirmed and recorded (even if only partially) in BroaDWcast:

For States tagged ** we have no screening details at all. The series may not have aired on a local station, but may have been available from a neighbouring state.

Countries A to Z (without Airdates)

The following countries are recorded in BBC Records, or are credited in other reputable or official sources as having aired Doctor Who, but for which we have not as yet been able to locate or confirm clear airdates: