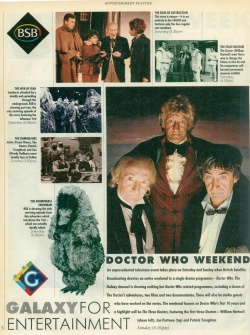 In late 1990, BSB merged with SKY, and rebranded as BSkyB. As a result, the December 1990 schedule of Doctor Who episodes was brought to a sudden end, midway through The Daleks.