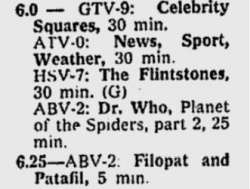 Following the publication in Australia of Target books' "The Making of Doctor Who" in 1976, a group of Australian fans discovered that a number of stories had never been shown on the ABC, and planned to stage a demonstration demanding that these stories be shown.

The ABC had been receiving complaints from viewers about the "endless" repeats, and decided to pull the series from the schedules early, despite having already purchased the next two serials, 4E and 4D, and had a further two, 4F and 4H, classified by the censors.

On learning of the ABC's decision, the fans decided to change the focus of their demonstration from demanding that the "banned" stories be shown to that of getting the ABC to reverse their decision to drop the series. The group assembled outside the ABC's Sydney office on 24 August 1976. As a result of this action, the ABC relented, and scheduled the remaining purchased Tom Baker serials for the following year. It was as a direct result of the successful demonstration that the first Australian Doctor Who Fan Club was formally established. 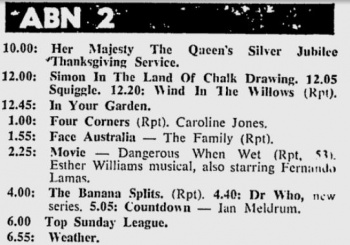 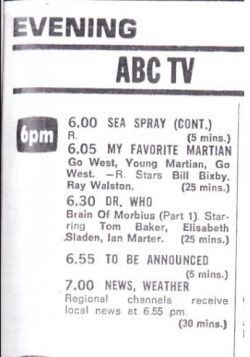 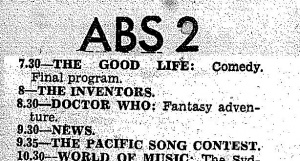 Brain of Morbius compilation, in Adelaide only, 11 October 1978

(NOTE: We do not have many clear transmission dates for PERTH and HOBART from this point on; with the occasional pre-emption aside, those regional screenings would have mostly mirrored those of the regions that are noted.) 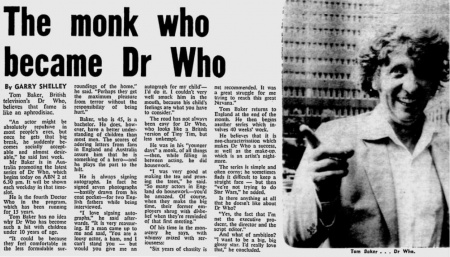 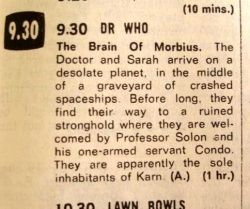 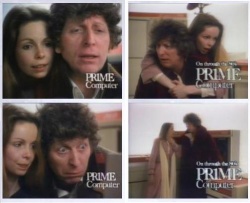