Difference between revisions of "An Unearthly Child"

(aka "100,000 BC") (We have identified this serial by the name we have, in preference to 100,000 BC, the title by which the BBC actively marketed the serial in 1964, because words work better in tables than numerals, and also to reflect that some countries screened the first episode only.)

This story aired in the following countries. They are listed in chronological order according to known airdate. If no month is noted, the actual airdate is not confirmed, and is a close approximate. (Refer also to Selling Doctor Who for expanded airdates.) 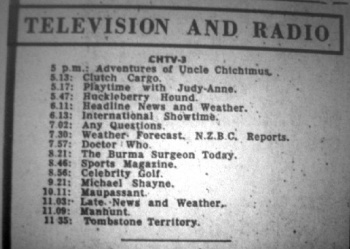 First-ever newspaper billing for Doctor Who outside the UK - 18 September 1964, Christchurch Press, New Zealand. Not exactly awe-inspiring, is it... 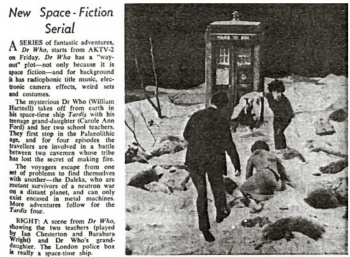 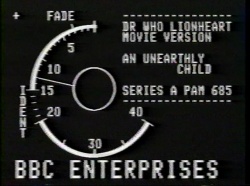