Difference between revisions of "Amazon Prime"

AMAZON PRIME (aka Amazon Prime Instant Video / Amazon Prime Video), is a subscription-based online streaming service owned and operated by the international mail-order company. It was launched in September 2006, initially providing content only to the US. In 2014, it was available in the UK and parts of Europe, and from December 2016, in many other parts of the world.

Another of Amazon's services - Amazon Video Channels - enabled users to access other providers such as Britbox.

DOCTOR WHO ON AMAZON PRIME

Starting circa March 2011, Amazon Prime US had new series episodes and a limited number of Classic serials available for free under its monthly subscription rates, or at a small fee of $1.99 per episode to rent for a 7-day period. Purchases could be viewed online or downloaded. 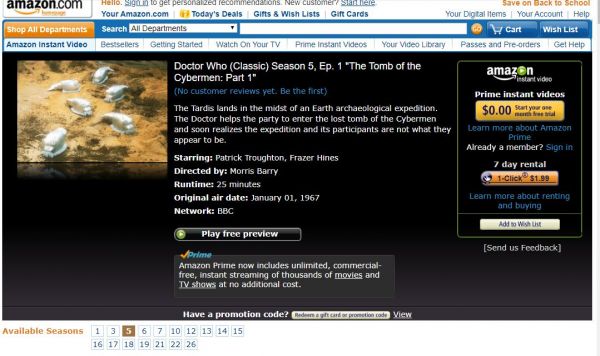 The Tomb of the Cybermen used to be available on Amazon Prime US NOTE: the 17 "Season" buttons

This selection was very unusual, as it included the orphaned part 4 of the missing William Hartnell story, The Celestial Toymaker - (Serial Y on Amazon menu)

Vengeance on Varos was sold as a 4-parter.

The menu had the stories listed by "Season", so clicking on one of the 17 numbered buttons took you to the story or stories relevant to that season.

From November 2013, all Doctor Who episodes were rebranded as The Doctor Who 50th Anniversary Collection. 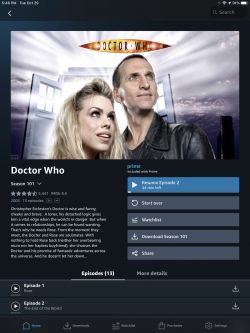 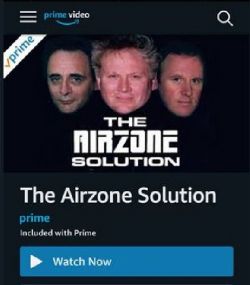 On 31 January 2016, Hulu Plus and Netflix's rights to the series expired, giving Amazon Prime the exclusive streaming rights to the new series of Doctor Who. The deal (which included much of the BBC's catalogue) commenced from 27 March 2016 (Easter weekend) for no additional charge. The first eight of the new series were available at launch.

For Amazon Prime's UK's customer, however, the deal meant that from 16 March 2016 Doctor Who was no longer available to them at all!

But 24 Classic Doctor Who were still available to US customers via the provider but in the form of a 'digital' DVD; the catalogue of stories in this format was the same that had previously been on the streaming service - but with the single episode of The Celestial Toymaker and The Seeds of Death omitted from the menu. (The selection was similar to that which had previously been offered by Netflix, which indicates that only certain stories had been cleared for line access.)

From January 2019, the BBV Productions spin-off drama The AirZone Solution was available to stream on Amazon Prime US and Amazon Prime UK.

Amazon Prime is set to lose its ability to stream the new series of Doctor Who in May 2020; the only streaming provider with the exclusive rights to the new episodes of Doctor Who will be HBO Max…