DOCTOR WHO (ادكتورهو / LE DOCTEUR WHO) IN ALGERIA

Libya was the Arabic nation that had screened Doctor Who prior to Algeria – the same 37 episodes were purchased by that country in late 1969. Therefore it is highly likely that Algeria's prints came from Libya. 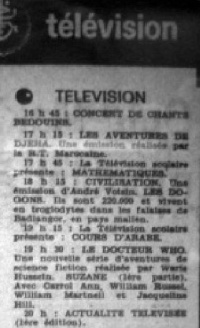 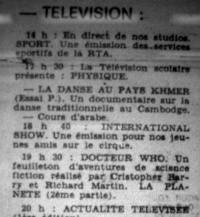 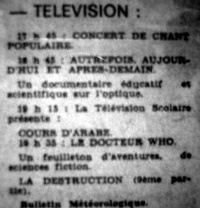 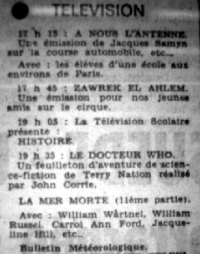 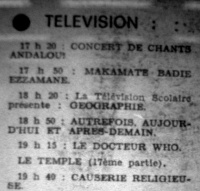 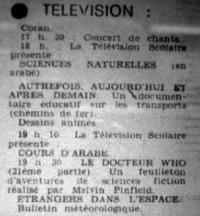 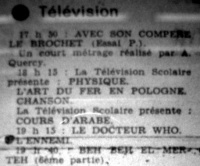