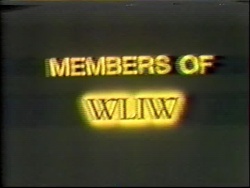 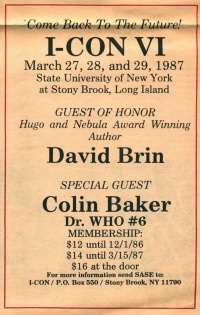 When the local channel made a mistake recently, response was swift from the viewers. The channel showed the first episode of Arc of Infinity one evening, and then the next they showed episode one of Snakedance. The third evening, after showing episode two of Snakedance, a very nervous station manager came on and apologised for the mix-up, explaining that for some reason the last three episodes of Arc Of Infinity were not sent to them in the package, but that they were working it out. They had had quite a flood of complaints. Then when the fourth episode of Snakedance finished, the manager came on the air and yelled "Doctor Who fans, don't turn off!" He explained that because of the mix-up, they had messed up the schedule. But, to satisfy the fans, they would show another run-through of episode one of Arc Of Infinity, and then pick up the following evening with the rest of the run. The amazing thing is that they actually replaced their early evening news show with Doctor Who for that one evening! Imagine that from the BBC.