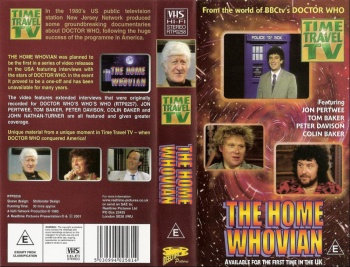 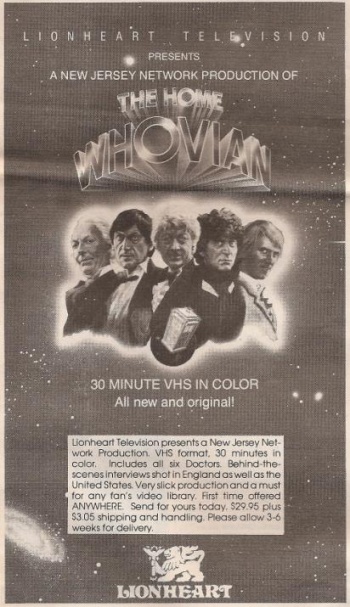 1986 print ad for The Home Whovian US video

This 1985 30-minute special was for direct-to-video only, and was produced and distributed exclusively by Lionheart Television International.

It was hosted by Eric Luskin, and contained extended and re-cut interview footage that had previously appeared in the New Jersey Network / NJN's production Doctor Who's Who's Who.

The special was later released in the UK, as a Reeltime Pictures VHS in 2001, with a DVD edition released in 2004.

The Home Whovian has never been broadcast on television.