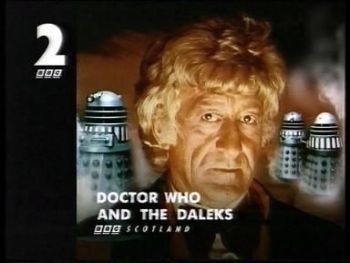 SCOTLAND is part of the United Kingdom. As such, it receives BBC transmissions from London.

However, from time to time the network's regional output station BBC Scotland altered its TV schedules to make way for local and alternative programming, and Doctor Who was sometimes shown at times that were different to the rest of the network:

Scotland in Doctor Who