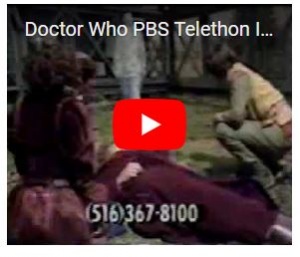 This 11-minute promotional 'featurette' was made circa early 1985, since it refers to "21 years of adventure", and features clips from Season 21 but not from Season 22, and includes the William Hartnell and Patrick Troughton stories that had recently been released into US syndication.

Although primarily a video created and issued by Lionheart as a sales promotional tool for the benefit of potential purchasers in the United States, it was shown on TV by some stations, often as a treat during pledge-drives:

Another version of the 'featurette' appeared in 1988, re-edited to include scenes from Sylvester McCoy's first story only, and with a modified narration now stating that the series had been running for "25 years".