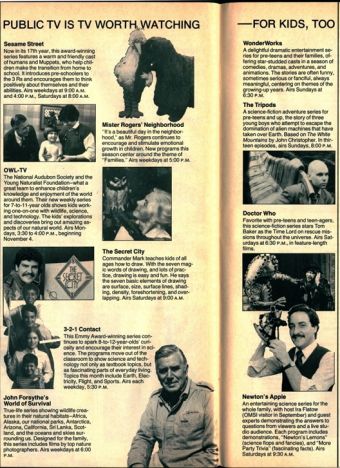 The Public Broadcasting Service was created in 1970 to replace National Educational Television. It receives funds from the U.S. government, but at least three quarters of its revenue comes from viewer donations.

Although PBS has a primetime lineup like the other broadcast networks, Doctor Who was not a networked show. It was purchased separately by the member stations. There was an attempt in the mid-1980s to synchronize the broadcasts, most likely by satellite, but that never happened.